Changes to the OBCA and PPSA: The Better for People, Smarter for Business Act, 2020

The Act’s amendments to the OBCA have two main objectives:

Meanwhile, the Act’s addendum to the PPSA implements the following:

The Act will repeal this residency requirement under the OBCA.[3] As a result, Canadians living outside of the country will no longer be precluded from serving on boards of Ontario companies. Foreign businesses with Ontario subsidiaries would also be able to elect directors who best fit their needs, regardless of where they reside.

Other than the residency requirement, however, other eligibility criteria under the OBCA will remain unchanged. In order to qualify as directors, for example, individuals will still need to satisfy the minimum age requirement, have sufficient mental capacity, and not have the status of bankrupt.[4]

The Act will also address an important change to the way shareholder business is conducted. Generally, Ontario shareholders can conduct ‘ordinary’ business (e.g. electing directors, amending or confirming by-laws, and/or appointing auditors) either by voting at meetings[5] or signing resolutions in writing.[6] For most businesses, written resolutions are a great way to save time and expenses that would otherwise be spent organizing cumbersome meetings.

However, prior to the amendments in the Act, resolutions in writing would have needed to be signed by all of a company’s voting shareholders.[7] In cases where even a single shareholder disagrees with the proposed action or is unavailable for comment, this would necessitate the calling of a formal meeting.

To resolve this issue, the Act amends the OBCA so that for non-offering (i.e. private) companies, signatures from a simple majority – rather than all – of voting shareholders will be enough to pass written resolutions.[8] However, for any majority resolution in writing, notice will need to be provided to the shareholders who did not sign, within 10 business days after it passes.[9]

Despite the lower ‘default’ threshold set out above, it is important to keep in mind that if a higher vote threshold for ordinary shareholder resolutions is already set out elsewhere, (e.g. as part of a shareholders’ agreement or within a company’s Articles), then that higher threshold will continue to apply.[10]

Addendum to the PPSA

Unlike the OBCA, the changes to the PPSA pursuant to the Act are already in effect.[11] The Act creates a new Part V.1 under the PPSA, which deals with security interests being claimed for ‘vexatious’ reasons.

A vexatious registration occurs where: A) a creditor tenders a document alleging a security interest for the purpose of annoying, harassing or similarly imposing on the debtor named in the document, and B) the creditor neither holds the secured interest referred to in the document, nor an otherwise validly registrable interest.[12]

If both conditions are met, and a creditor’s registration is deemed vexatious, the registrar will have discretion to reject or discharge it, along with written reasons for doing so.[13] While an outright rejection is solely at the registrar’s discretion, a discharge decision may be supported by relief letters from the debtor, or “any other person” who would be affected by the registration.[14]

If a registration is rejected for being vexatious, the filer/alleged creditor may appeal the decision to the Divisional Court, so long as he or she files a notice of appeal within 14 days after receiving the registrar’s written reasons.[15]

If a registration is discharged for being vexatious, the filer/alleged creditor has the same right and conditions of appeal as above.[16]

If any party decides to appeal the registrar’s decision, he or she must send a copy of their notice of appeal to the registrar, as well as the opposing party, within the same 14-day period.[18]

For advice on staying compliant with Ontario and Federal laws, contact us to schedule a free initial consultation.

We look forward to hearing from you.

Disclaimer: This article is for informational purposes only and does not provide legal advice, nor does it create a solicitor-client relationship with you or any other reader. 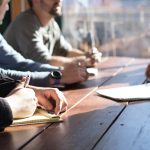 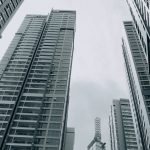 Offers to Leases Versus LeasesBlog